Today was my chance to try and see the Firecrest which has set up home at Finchampstead Ridges, near Moor Green Lakes. Despite spending around an hour and a half at its preferred location we only managed to see the bird for around half a second, before it disappeared back into the undergrowth! It was still a fantastic day's birding with around 30 Goosanders on show from the Grove Lake hide along with a drake Goldeneye. Most exciting of all was a female Bullfinch (they're not common down here by any means!!) which showed down to around 10 metres.

Blashford Lakes - A Trio of Swans

Hampshire has certainly hit the headlines this week with the appearance of the UK's 8th Spanish Sparrow. Of course this is a bird I would love to see but with thousands of people heading down to see it, what's the point? As the bird has been present since Spring, he doesn't look like he's going anywhere in a hurry!! Anyway, we decided to go down to Blashford Lakes today and one particular focus was the Whooper Swan which had been mixing in with the Mute Swans in Harbridge.

We arrived at around 10:15 to find over 100 Mute Swans and 6 (possibly 7) Bewick's Swans. I scanned through all the swans and failed to find the Whooper Swan until we discovered the bird was right in front of us, just 20 feet from the hedgerow, fantastic!! We had been warned by others to stay in the car to avoid spooking the bird but it was soon apparent the bird was not concerned by us at all!! Unfortunately the harsh sunlight on a pure white bird made photography almost impossible but I got a few shots worth posting. At around 11:00 we decided to head to Blashfords main reserve and after visiting Ibsley Water and Ivy Lake, we had seen Goldeneye, Pintail, Goosander plus the usual wildfowl, with no sign of the Fudge Duck. We then headed off to the woodland hide where we were greeted by the delightful sound of screaming children, great! Fortunately they left soon after our arrival so we were able to photograph the Lesser Redpolls and Siskins in peace!!

We then had a last quick look at the swans in Harbridge (both the Bewick's and Whooper Swan were still present, although the whooper was now around 50 metres away.

Posted by Alex Berryman at 13:35 No comments:

Went out to photograph some kingfisher in Hampshire today with a  friend. We were lucky enough to have an adult male Kingfisher, perching no more than 3 metres from the hide for around 5 minutes, amazing!! Hopefully the photographs to the encounter justice.... 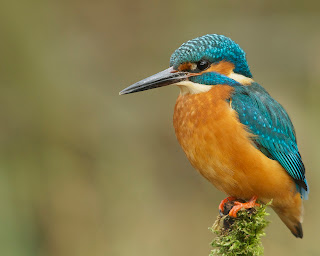 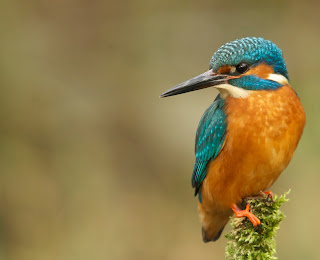 I have not been able to share all of my photographs since Christmas Day due to a fault memory card adapter. However my replacement arrived yesterday so here are a few random shots from the past 2 weeks or so!

Went to Dinton Pastures today with the hope of getting my year list off to a good start and it turned out to be a good trip for my life list too! Saw around 60 species which isn't bad considering, but I also saw my first (very well camouflaged) Jack Snipe. For a Jack Snipe the bird showed well but far too distant for any photographs really, but a stunning bird to watch, especially its peculiar bobbing behaviour. We also saw 2 Water Rail from the same hide (Bittern Hide) which showed very well in the small "scrape" area visible from the right hand side of the hide. Certainly a great way to start the year, I just hope the rest of the year is as productive!!

I will add better photographs of the Jack Snipe in the next few days (the best photographs were taken on a new memory card which I am not able to connect to the computer yet) and some of the water rail :)
Posted by Alex Berryman at 11:52 No comments: 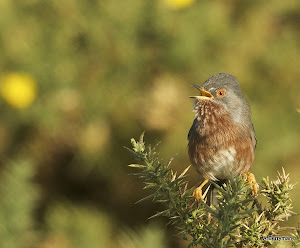